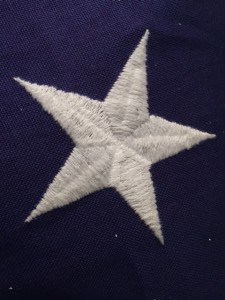 I recently found out what the military honors funeral shell casings meaning was and was also the primary next of kin to receive them.  In July of 2015, my father passed away in what to many was unexpected.  He was what I would consider still young at 73.  He was very active as I think most seniors in their 70’s and even 80’s are.  He worked out in the gym all winter, so he could play golf every day, all summer long.  He was active in his local gun club as well as some other clubs.  He made homemade wine and Italian sausage including sopressata.

When he complained of back pain at the end of March 2015, he just thought it was something he did at the gym.  As time went on, he realized something wasn’t right and the doctor found he had a tumor on his spine.  They diagnosed him with stage 4 cancer which had spread throughout his body and brain.  It was very aggressive and even with radiation, he passed away a short 80 days from the time he was diagnosed.  I was fortunate enough to spend quite a bit of time with him during his final months which I will always treasure.

My father was in-urned at Gerald B.H. Solomon Saratoga National Cemetery in upstate New York.  You can see more of what it looks like here – http://www.cem.va.gov/cems/nchp/geraldbhsolomonsaratoga.asp.  It is a very beautiful place which makes you feel humble and honored to step foot on the grounds.

My experience begins with my family meeting at a building close to the entrance called the assembly area, where we had lined up our cars in a long row.  The building is made of stone and has a ships bell from the USS Saratoga as a memorial hanging behind it.  Through the window we could see the building has a small office in it which was closed at this time of day.  Outside the door is a computer which allows you to look up anyone buried at the cemetery to find out where on the grounds they are located.

Shortly after we arrived, two people met us at the building and asked us to follow them down to the Committal Shelter, where the ceremony would take place.  We took a windy road throughout the grounds alongside stones aligned in perfect uniformity.

When we arrived at the Shelter, you could see one member of the honor guard up on a small knoll holding a bugle.  Below them on the road was seven men dressed in uniform each holding a rifle.   We made our way into the shelter and sat down where the ceremony began.  The line of men fired three loud volleys that vibrated your chest.  The bugler began to play taps and people around started to tear up and cry.  Hearing taps being played is emotional in it’s own right.  Everything seemed very surreal as they began to meticulously fold the flag and present it to me.  One member of the honor guard handed me the flag and three spent shell casings in a small plastic bag.  He said the three casings each stood for something and they were a thank you to my father serving his country. 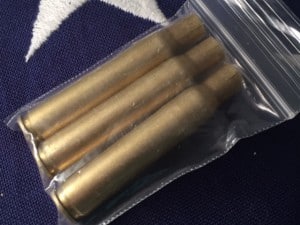 I found out that the military honors funeral shell casings meaning is duty, honor, and country and that there is one shell casing from each of the three volley’s.

A Military Funeral has many aspects that are emotional and humbling. This is one of them. #respect #military #thankyouforyourservice #militaryhonorsfuneral #funeral #militaryfuneral #militarybadassery

The entire ceremony was emotional and humbling to experience.  The honor guard was made up of volunteers from the Saratoga National Cemetery Honor Guard Association. I am grateful they honored my father in this way.  My father served his country in the United States Air Force.