This Rohm 24 22lr handgun is a tool just like any other.  Just like tools there are different levels of quality and craftsmanship.  Let’s take for example hammers, you can buy an extremely expensive titanium high quality hammer for a couple hundred dollars, or you can buy the wood handled version down at your local box store for eight bucks.  Will both hammers drive nails, of course, but which one will drive nails consistently and easily?  I have no clue, I would never buy a $200 hammer, because that’s not my everyday trade, but, I’m sure there is a big difference if you’re driving nails all day long.

So where am I going with this?  Firearms are the same way, you can spend thousands, or you can buy the $50 one.  Will each perform differently?, probably, but there is a use for each.

This article is about a Rohm 24 22lr handgun made by a German company called Rohm.  Never heard of Rohm?, read up more about the company here: https://en.wikipedia.org/wiki/R%C3%B6hm_Gesellschaft. It seems as though they also had a manufacturing location in Miami Florida and they did also make starter pistols (meant to shoot blanks).  Before you go shooting your Rohm be sure that the barrel is clear and it has rifling.  As with any firearm, be sure it’s safe to fire by having it checked out if you are not sure.  Shooting a firearm that is not up to par can cause a  catastrophic failure. 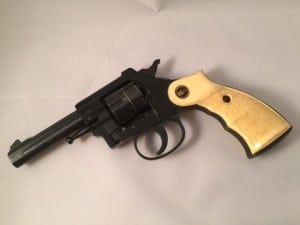 Rohm made what some would call “saturday night specials” firearms in that they were relatively inexpensive to buy during the 1960’s.  There were many different models beginning with RG.  The one pictured is the RG24 as noted on the left plastic ivory grip which also has a thumb rest for a right handed shooter. 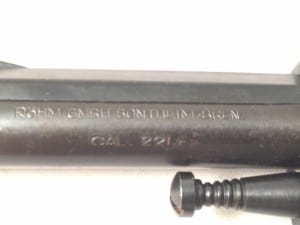 On the left side of the barrel it says ROHM GMBH SONTHEIM-BRENZ CAL. 22lr.  There is also a marking to the way right of that that looks like 67 in a circle. 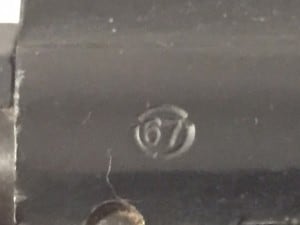 This handgun has seen better days and is fairly beat up as you can see from the photos. 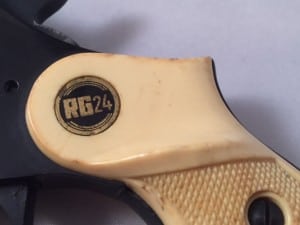 The grips are ivory colored plastic and seem to be flimsy and when you flick them with your fingers they sound hollow.  One thing that is nice is that it does feel comfortable when holding and has a curve where your fingers wrap around the grip. 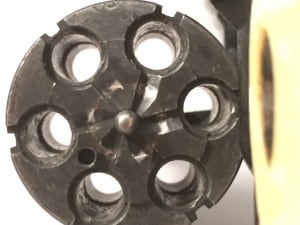 This revolver is double action and has a hammer that is easy to pull back.  I’m not sure about all Rohm 24 22LR RG24 revolvers but this one does have some play in it, as does the trigger.  When you pull back the hammer, it sounds “springy” 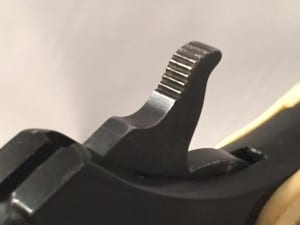 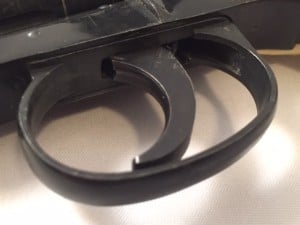 How does this revolver shoot?  I took it to the range and put some lead through it.  I would say it’s a fair gun.  It does actually shoot.  I wouldn’t want it to be my primary weapon, but as I mentioned earlier, guns like this have a purpose, and if it’s all you can afford, it’s better to get out there and have fun than not. 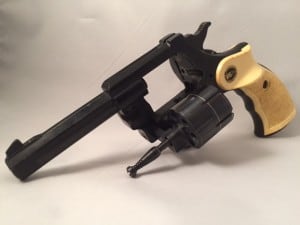 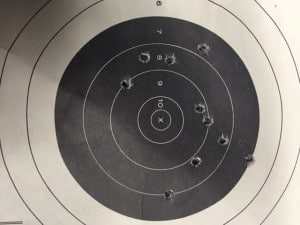 There are the rounds.  I like to shoot in groups of 10, so I reloaded the revolver with 6 and then 4.  You can see my first “group” was high and to the right, and my second “group” was sort of left.

The sights on this gun are fixed iron sights and seem pretty standard. 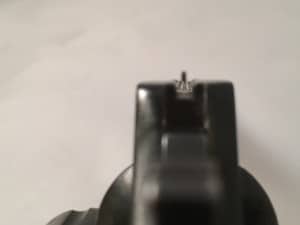 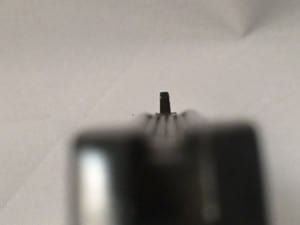 In summary, the Rohm 24 22lr handgun is a below average firearm that is still a useful tool.  I had just as much fun shooting this as I do any other firearm.  If you are looking for something that will last a lifetime and provide hours and hours of shooting, my advice is to look somewhere else.  As I mentioned, if it’s a matter of affordability, I would say this run probably runs in the $50-$95 range.  I wouldn’t pay more than that.

Here's a Rohm RG model 22lr. Germany. Probably from the 60's. Worth next to nothing but sometimes it's fun to give the ugly duckling a little show. There's an article about it on the website. #papertargets #pewpew #shooting #saturdaynightspecial #gunchannels #rohm #rohm24 #germany #22lr