I’ve had the opportunity and pleasure of using the Ultimate Clip Loader for close to a decade now which I purchased on a little site you probably know; eBay.    It worked so well, I bought my father a green one a short time after. 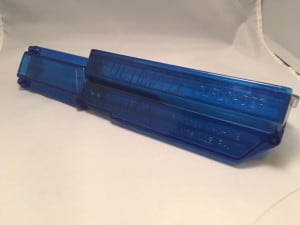 At the time I owned a Ruger Mark II 22/45 which was a nice little shooter.  I tricked out the Ruger with a muzzle weight and red dot scope which coupled with the Ultimate ClipLoader helped me to fire thousands of rounds through it.  Back then, I was able to buy .22lr for about $12 a brick and spent my fair share of time at the range going through box after box. 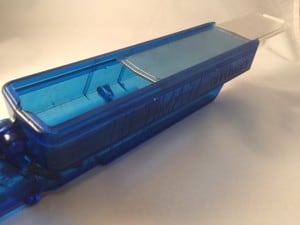 Cover Open and Ready to Dump in Ammunition

I’ve received many compliments over the years when using the Ultimate ClipLoader along with asking me where I purchased it.  I’ve realized the reason people are so inquisitive on where I got it is I can dump in a 50 round box of ammunition, shake it up, and then load my magazine with it in under 5 seconds.  The company posted a great video on youtube which shows it in action.

I’ve used the loader with a Ruger Mark II 22/45 and Ruger Mark III.  I haven’t tried it on others but the website says it can be used with all of the below, and I don’t doubt it:

If you are disappointed because you want to use it on another firearm, check their website as they also make a product called the Lightnin’ Grip Loader.  With the adapters they sell you can load magazines for all of these as well.

Once I learned how to use the loader, and got the “knack” for it, I was off and running.  In my opinion, the Ultimate ClipLoader is excellent quality as I’ve been using it for 10 years without any issues.  If you do have issues, their website has plenty of information on how to get the kinks worked out.

In researching this article, I had the honor of chatting with McFadden Machine Co., the makers of the Ultimate Clip Loader and here’s what they had to say:

What is McFadden Machine Co.?

We are based out of Blairsville, Pennsylvania and are a pretty generalized machine shop, doing welding, special build automated machinery, and repairs.  The current owners worked at McFadden Machine Co. for 10 years prior to purchasing it from an aging owner in 1989.

Being a general machine shop, how did you start making the Ultimate Clip Loader?

We’ve been making the Ultimate Clip Loader since 2002.  It’s a very interesting story, as one of our industrial customers at the time employed us to build them a bullet trap for shooting .45 auto.  We knew at the time we “needed” to “test” the bullet trap with everything we had for a week or so, which included .45 auto, 41 magnum, 357, 9mm, .22lr, and others.  We were talking about how sore our thumbs were getting while loading our .22lr magazines for the Ruger Mark II and AMT Pistol.  We wished for an easier way to load them and began discussing a type of loader that worked like an automatic stripper clip.  At first we milled loaders out of solid PVC, and then decided to make a mold and have them injection molded out of poly-carbonate material for production quantities and the rest is history.

What are your other products besides the Ultimate Clip Loader?

We have the Ultimate Tripod, Ultimate Trail Camera Mounts, and the Lightnin’ Grip Loader

What is the biggest thing you’ve learned over the years?

We got a very big education on just how many different 22 cal. guns there actually are. That’s what lead us to making our new adaptable loader called “Lightnin’ Grip Loader” for most of the guns that didn’t work with the Ultimate ClipLoader.  We are up to 20 different adapters and are still planning on adding more.

What is one of the highlights of producing such a cool product?

Hearing from our customers about how much they love the Ultimate ClipLoader.  Also, we found out that it was being used by handicapped and aged shooters who could not load their own magazines because of missing limbs or advanced arthritis.

If you get a chance to pick up an Ultimate ClipLoader I suggest you do.  You don’t have to buy it on eBay like I did, but you can now purchase them directly off of their website.  Their products are made in the USA:  http://www.mcfaden.com/McFadden-Machine-Ultimate-cliploader-s/1827.htm

If you own any of McFadden Machine Co.’s other products, I’d really enjoy hearing about your experiences in the comment box below.

Ultimate ClipLoader for #22lr #rimfire. I've used it quite a bit over the last 10 years to load my magazines quickly. Check out the review on the website. #papertargets #targetshootingrange #targetpractice #pewpew #rugermagazine #shooting #pewpewlife #shootingrange #gunchannels